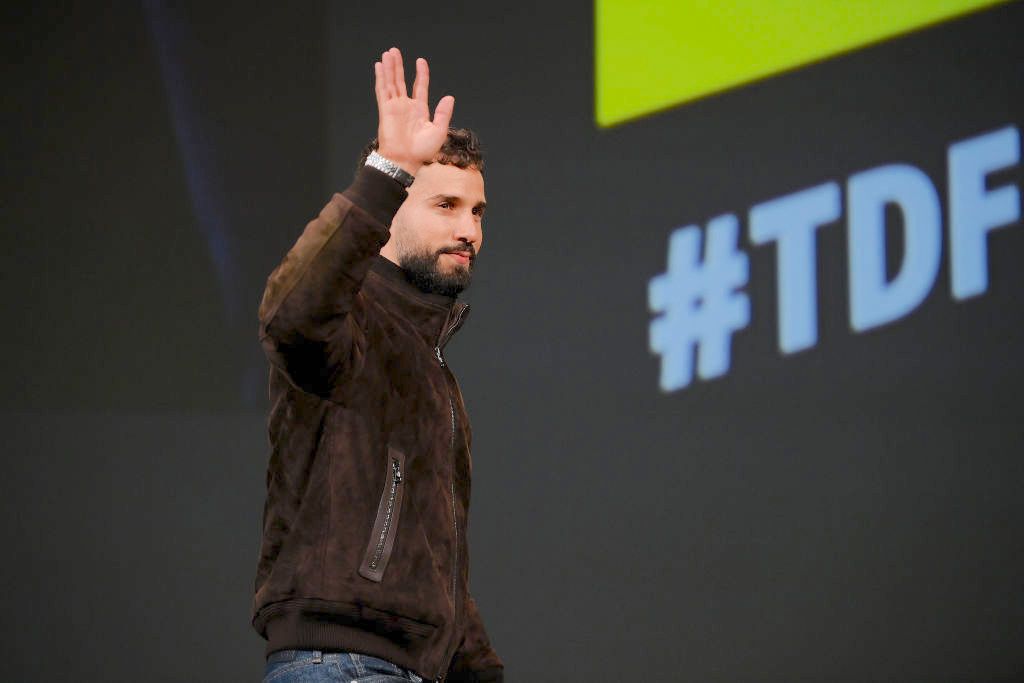 It has been eight months since Nacer Bouhanni competed in a bike race for Team Arkéa-Samsic but the newly-elevated WorldTour squad expects the French sprinter to return in good health for his fourth season in six to seven weeks.

Bouhanni was caught in a multi-rider, high-speed crash involving a spectator during stage 2 of the Tour of Turkey last April. He suffered a fracture of the first cervical vertebra. He called the crash “a nightmare” and estimated the group was charging at 55 mph when impact occurred.

The rest of the season was spent off the bike to recover and spend time with his family. He was part of the Tour de France 2023 route presentation in Paris in October and on the trainer by November. The team released a provisional schedule for the 32-year-old, who is one of the squad’s team leaders, and noted he could line up as early as January 25 to take the start at Challenge Ciclista Mallorca in Spain.

“We know that Nacer often wins several races during a season. We have therefore drawn up a program for him at the start of the year which can give him the possibility of achieving this quickly. The objective during these first competitions is to restore his confidence so that he can perform again quickly,” said Sports Manager Théo Ouvrard on the team’s web site today.

“He will go to Tirreno-Adriatico with probably less pressure, because his performances are above all in one-day races, with real chances of winning, without obviously neglecting stage races. Following his year 2022, priority will be given for his resumption of one-day events.”

Bouhanni started his 2022 campaign in Spain with a runner-up finish at Clasica de Almeria, which then led to four additional podiums, including a victory at La Roue Tourangelle Centre Val de Loire, prior to his crash in Turkey.

The Étoile de Bessèges, February 1-5, is an option to open his return to racing. However, if he does line up a week prior at Challenge Ciclista Mallorca, he would start alongside the team’s other leader, Warren Barguil.

“Warren’s program at the start of the season is essentially the same as last year. He is nevertheless a little lighter due to medium-term goals for him. He will therefore run a little less at the start of the year 2023,” Ouvrard said about the all-rounder’s season beginning at the Mallorca event, January 25-28.

“We have also made the choice that he competes again in Milan-San-Remo because of the appearance that this race has taken on for a few seasons. It may indeed be one of our best cards if a group of around twenty runners emerges at the top of Poggio. Warren will be our leader on the entire Italian front at the start of the season.”

When Bouhanni last competed for Arkéa-Samsic the team had commenced its 12th season in the ProTeam ranks, and was consistently a wildcard team in the Tour de France, where he had three podiums in 2021. Upon his return to racing in 2023, the team launches its inaugural season with WorldTour status. The squad earned a promotion based on consistent results including performances from Barguil, who had 13 top-10 finishes in one-day races last year.

Both Bouhanni and Barguil are scheduled to ride together at Tirreno-Adriatico, March 8-12. Barguil won stage 5 at the Italian stage race last year, while Bouhanni’s best result was fourth on stage 3.

The team is currently attending its first training camp for the new season from December 12-19 in Spain.