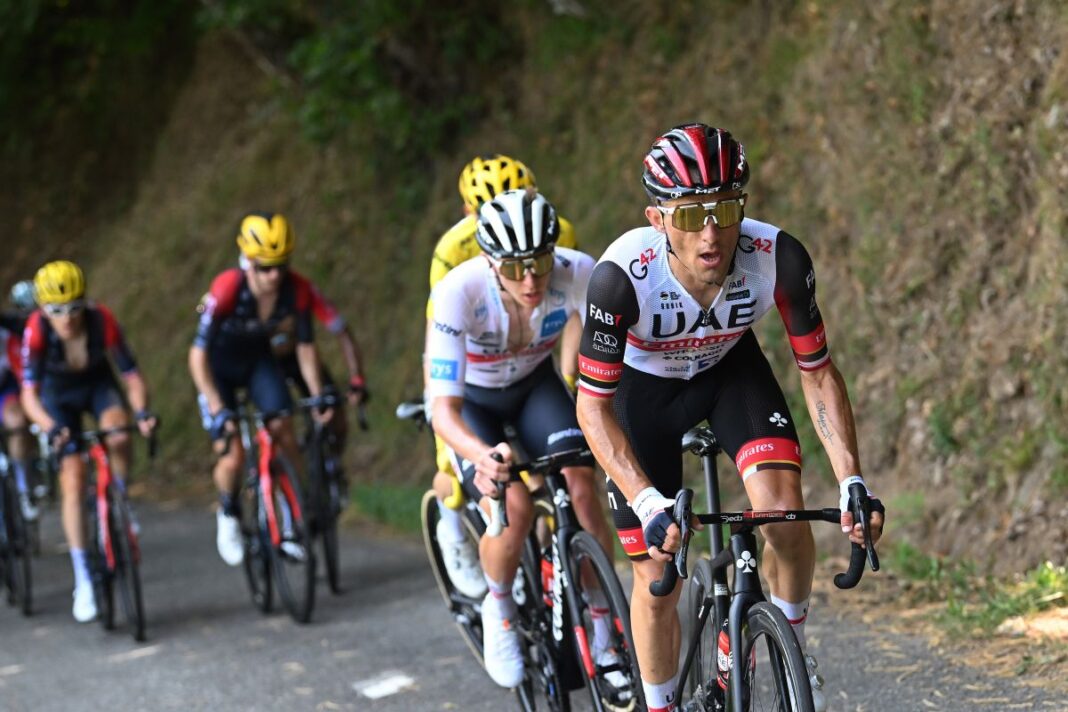 Rafal Majka (UAE Team Emirates) has been forced to leave the Tour de France ahead of stage 17, following a thigh strain injury incurred when his chain broke on stage 16 of the race. It is a major blow to Tadej Pogacar‘s yellow jersey ambitions because Majka was his best domestique for the mountains.

A statement from UAE Team Emirates just before the stage start on Wednesday afternoon read:

“Unfortunately Rafal Majka will not start stage 17 of the Tour de France today.Dr. Adrian Rotunno (Medical Director) : ‘Majka sustained a strain injury to his thigh after some mechanical trouble on stage 16 when his chain broke.

‘This resulted in a high-grade partial thickness tear of his right quadriceps muscle, and unfortunately due to the muscle damage is unable to ride.'”

Majka’s departure will be a marked blow to Pogacar’s bid for the yellow jersey, as the former Tour de France King of the Mountains winner and multiple stage winner was Pogacar’s key support rider in the mountains.

Last week saw the departure of George Bennett with a COVID-19 positive test, and allrounder Stake Vegard Laengen also quit the race in the first week.

On stage 16, there was a further dent to the team’s roster with Marc Soller missing the time cut, having been seen vomiting earlier on in the stage.

Pogacar currently sits in second place in the overall standings, 2:22 behind overall leader Jonas Vingegaard, and stage 17 looked likely to be his prime opportunity to make an attack on the Danish yellow jersey.

Tim Wellens also out due to COVID-19

Tim Wellens (Lotto Soudal) is the latest rider to leave the Tour de France with COVID-19.

A team announcement on Wednesday morning said that he had tested positive following mild symptoms ahead of stage 17.

“Unfortunately Tim Wellens has to leave the race. After having mild symptoms this morning, a test showed he has covid,” the team’s twitter post read.

Wellens was tipped by the team to be active on mountain stages and long breakaways, and no doubt would have seen the savage terrain of stage 17 and 18 as a ripe opportunity for a breakaway effort.

Wellens’ has won multiple Vuelta a Espana stages and has previously worn the polka dot jersey at the Tour, enjoying a 16-day stint in the jersey in 2019.

It comes after two AG2R Citroen riders left the Tour de France yesterday with positive COVID-19 tests. 12 riders have now been forced out of the 2022 Tour de France due to COVID-19.

New Exhibit in Philadelphia to Share History of Segregation in Swimming