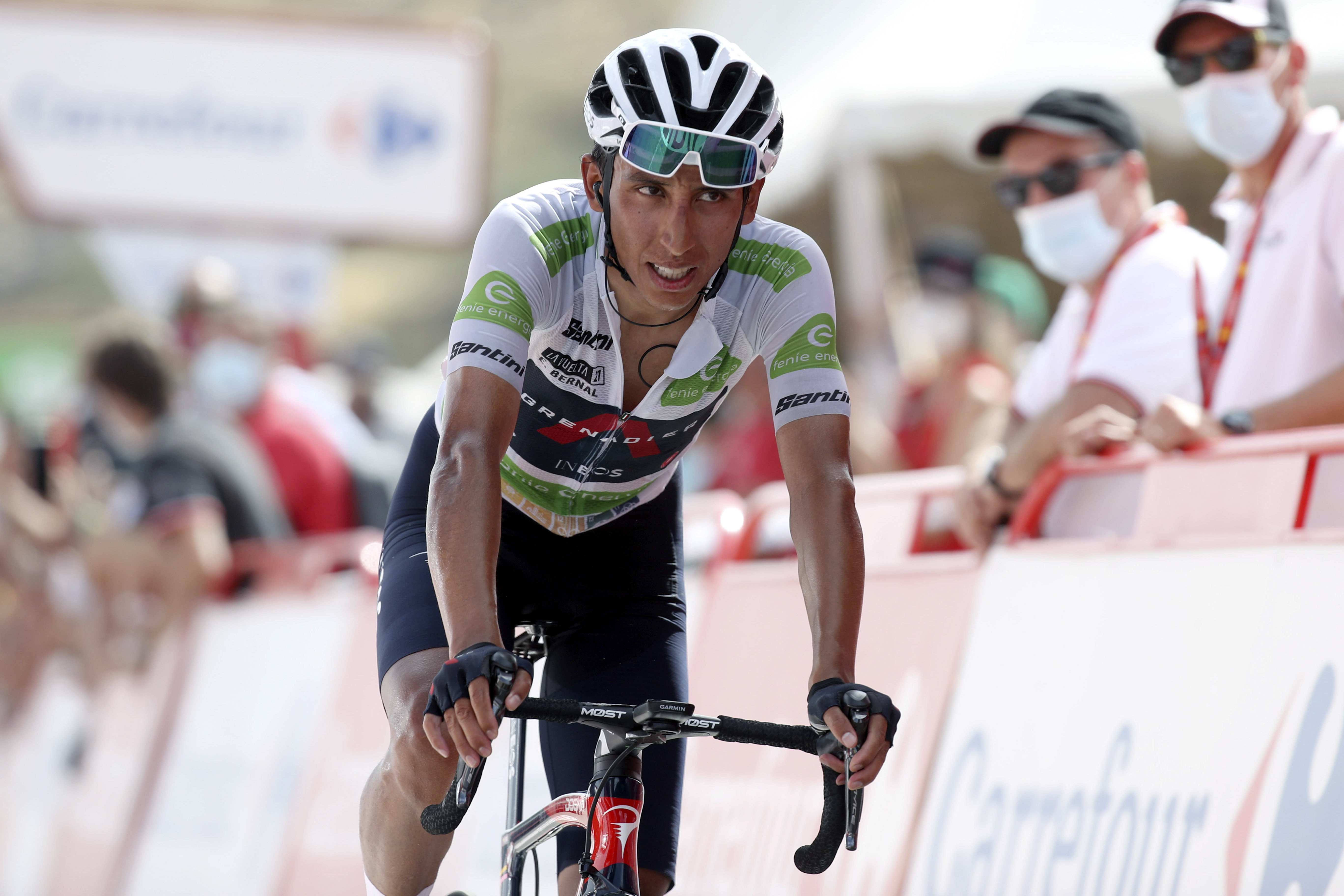 Egan Bernal‘s hopes of winning the Vuelta a España suffered a setback on Sunday as the Colombian lost 65 seconds to race leader Primož Roglič (Jumbo-Visma) on the unforgiving slopes of the stage 9 summit finish atop the Alto de Velefique.

The 2021 Gro d’Italia winner later recognised that he was struggling to handle all-out uphill accelerations by his rival, but that if he had felt “pretty good” nonetheless.

Rather than needing support, Bernal said he was so sure that he could continue at his own pace, he had even told Ineos Grenadiers co-leader Adam Yates to ‘ride his own race’.

Yates duly did so, and the Briton also lost time on Roglič, ceding 39 seconds. On a difficult day for Ineos Grenadiers across the board, Richard Carapaz, the team’s third GC option, ceded over nine minutes, and his hopes of a second Vuelta podium finish have evaporated in the process.

The results were scant reward for Ineos Grenadiers hard work earlier in the stage, as they attempted to take the race by the scruff of its neck on the 29-kilometre Alto Collado Venta Luisa climb.

Jhonatan Narváez, Dylan Van Baarle and Pavel Sivakov all forced the pace on the Vuelta’s longest climb, and again at the foot of the Velefique, and Bernal said later the plan had been to “go all out for everything”.

“We started this morning with that attitude, to go all out for everything and force the pace in the race as much we could,” Bernal, who remains in fifth place and at the head of the race’s young rider classification, told reporters afterwards.

“It was a crazy fast race in the first hour, then our idea was to push hard on the long climb and stretch things out on the last one as well.”

“That was the plan, but there were other riders who were very strong. So, we have to turn the page on that chapter and move on.”

Ineos Grenadiers fired off some spectacular salvos on the Velefique, most notably when Yates launched one sustained attack with 10 kilometres to go, going clear with Movistar’s Miguel Angel López.

But Roglič shut that move down in person with a ferocious acceleration, and Yates two further attacks had considerably less impetus, and when Mas charged away with the race leader, neither he nor Bernal were able to follow.

“I actually felt pretty good, but I was not able to handle the changes of pace,” Bernal said. “I was strong but when there were accelerations, they had much more power than me.”

On the plus side, Bernal said he was sure that he had enough fuel in the tank he was certain not to hit crisis point.

“I could keep my pace, and Adam tried to help me, but I told him to do his own race because I knew I’d get to the finish fine,” he revealed. “And that proved to be the best thing to do.”

Looking ahead, although Yates appeared to be Ineos Grenadiers strongest rider at the Velefique, he is still lying sixth behind Bernal, so there may be some debate as to how the British team tackles the rest of the Vuelta.

Answering reporters immediately after finishing, Bernal said he had “no idea what the strategy would be, or where we are on GC. But we’ll have to look at all of that and then decide where we go from here.”

In terms of the bigger picture, Bernal had said after stage eight on Saturday that he would settle for not losing time on his rivals on Sunday’s lengthy trek through the sierras of Andalusia and in that context stage nine’s 65 seconds loss can only be seen a dent in his hopes of overall victory.

But unlike Carapaz, for example, neither he nor Yates are out of contention, and it could well be Bernal is hoping to hit peak condition in the third week, by common consent the hardest of the 2021 Vuelta. For now, though, it is others who are making the running in the GC battle.

Kipchoge to return in Tokyo