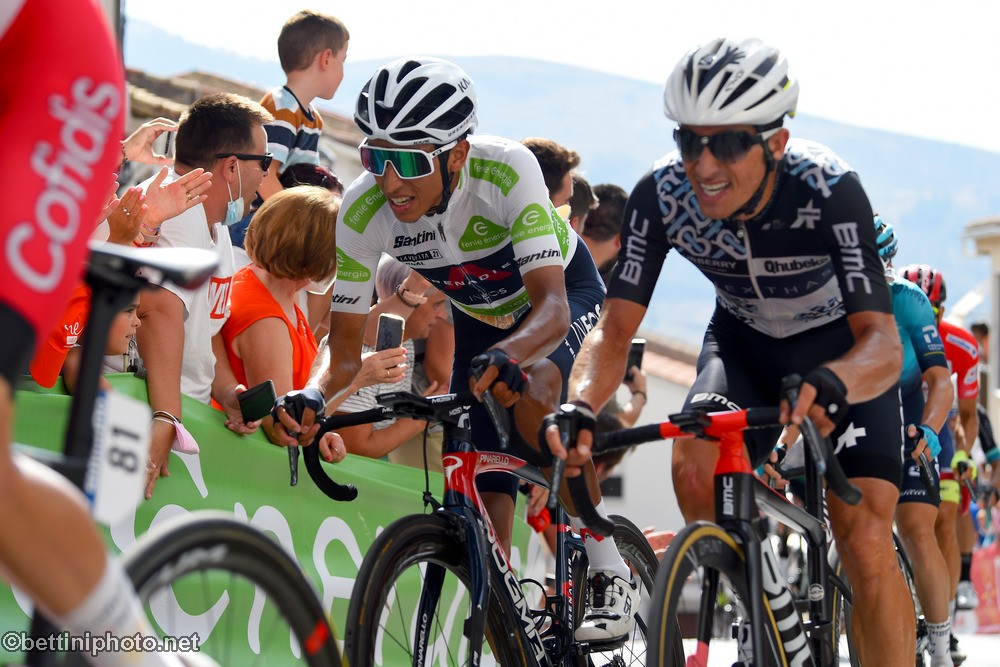 Egan Bernal (Ineos Grenadiers) has said he knew from the start of the Vuelta a España that he wasn’t in top shape, and sounded pessimistic about finding it after losing more ground on stage 11.

On the searingly steep ramps at the end of Wednesday’s stage, the Giro d’Italia champion finished in and around the main group of favourites, but the difference between himself and his main rivals was only underlined.

Bernal crossed the line in ninth place, 11 seconds down on Primož Roglič (Jumbo-Visma), whose 10 bonus seconds for the stage win meant that Bernal’s overall deficit for the day totalled 21 seconds.

He also conceded 14 seconds and 10 seconds, respectively, to the Movistar duo of Enric Mas and Miguel Angel López, who have established themselves as Roglič’s main threats.

“It was good, but very hard. In truth, those last metres were very, very hard but it was good. I’m sure it was a good stage to watch on TV,” Bernal said at the finish.

“It was important to be up near the front, but also to manage your resources, because it was such a severe gradient.”

The time losses may not have been huge but were nevertheless significant considering they opened up in the space of a couple of hundred metres. It leaves Bernal in seventh place overall, 2:50 down on Roglič, and 11 seconds up on Yates.

“The truth is, since the first day, I knew that I wasn’t at my best level,” Bernal revealed. “If you’re not at your best level, it’s difficult to win the race. But the objective is to continue to give the best I can. Whatever the result, I’m going to try everything.”

Bernal will need a dramatic turn of form if he’s to get his race back on track and compete for a title that would fulfill his ambition of winning all three Grand Tours. However, he didn’t appear convinced that form would come.

“That comes with months of preparation, but I just have to stay calm.”