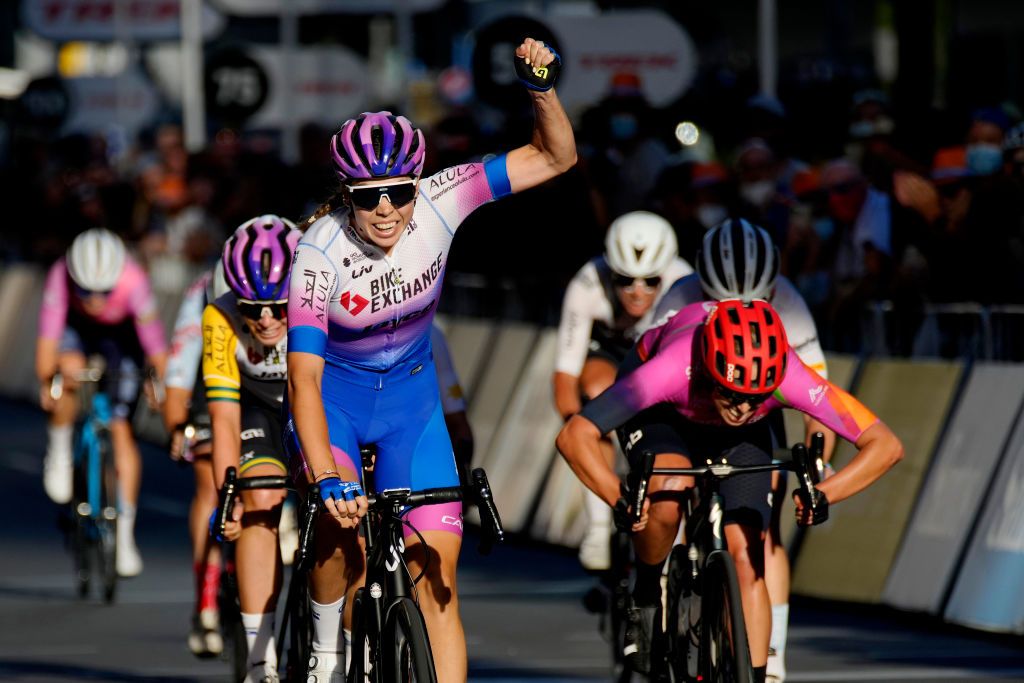 Both riders were among the Australian lineup that won bronze in the mixed team time trial at last year’s UCI Road World Championships in Wollongong. They also performed on the track at the Tokyo Olympic Games, both taking part in the Team Pursuit with Australia finishing fifth.

“I am super excited to race the Santos Tour Down Under in January and for me personally, it is really special as the race is in my hometown of Adelaide,” said Manly, who dominated the Lotto Thüringen Ladies Tour by winning four of the six stages. She also won a stage of the Tour of Scandinavia.

“It is really nice lining up with an all-Australian team, as this is the event where we have been exposed to the best cyclists in the world and it’s ignited the professional dream in many riders. Hopefully the home advantage will help.”

Baker brings her experience as a top sprinter back to her home stage race, where she last raced in 2018 under the GreenEDGE Cycling banner as Orica-Scott. She earned nine top-five UCI performances in 2022, including the Commonwealth Games road victory and a runner-up finish in the prologue at the Giro d’Italia Donne. At the Santos Festival of Cycling in January she won the women’s criterium.

The Team BikeExchange squad has a total of seven Australian riders on its 15-rider team for next season. Joining Manly and Baker at Tour Down Under are 2022 Santos Festival of Cycling winner Ruby Roseman-Gannon, veteran Jessica Allen, who begins her seventh full season with the GreenEDGE programme, and debutants Georgie Howe and Amber Pate. Not selected for the stage race was Alyssa Polites, the youngest rider on the team at age 19.

“I have been a part of the event over the years and have witnessed its growth, so to see it now elevated to UCI WorldTour level for 2023 it is really something special,” added Manly, who took part in her first Tour Down Under with GreenEDGE in 2017. She followed that appearance in 2018 to finish sixth in youth classification at age 22.

The women’s Tour Down Under returns in a big way after a two-year pause due to the global coronavirus pandemic, upgraded to the top tier of racing after the first five editions. The 2023 edition serves as the lead-off event for the Women’s WorldTour calendar and is the only UCI Women’s WorldTour stage race in the southern hemisphere.

“Having a UCI Women’s WorldTour race in South Australia shows the growth of the Santos Tour Down Under. We are proud to present a challenging event on the world stage for these impressive Australian athletes,” said Stuart O’Grady, the race director for the Tour Down Under, in a press statement.

“Our stages will really play to Alex Manly’s strengths, but any rider on this roster could be in contention for the ochre jersey. GreenEDGE Cycling’s women’s team has won the overall title four times and will certainly be chasing another opportunity in front of their home crowd.”

Hollywood Celebrities Flirting With Each Other PT. 2