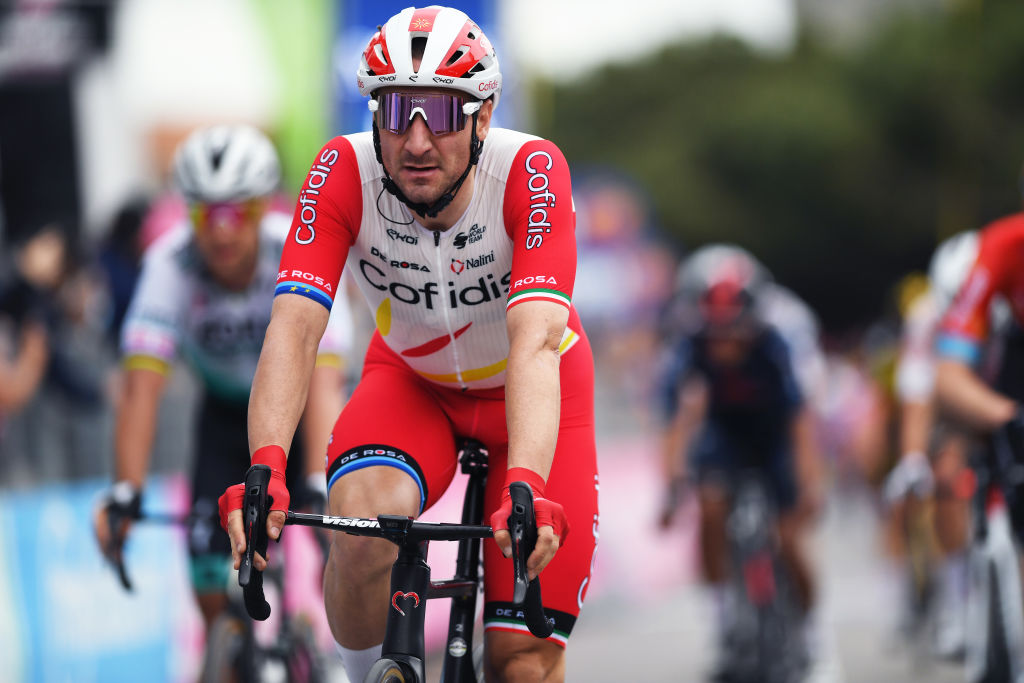 Astana have emerged as a possible destination for Elia Viviani in 2022 following the reinstatement of Alexandre Vinokourov as team manager.

Speaking to La Gazzetta dello Sport, Vinokourov confirmed that he had offered Viviani a two-year contract and he expressed confidence that a deal could be concluded within the next week.

Viviani’s current contract with Cofidis expires at the end of this season. According to La Gazzetta, the Italian has also drawn interest from his former teams Deceuninck-QuickStep and Ineos Grenadiers, while Cofidis have also held talks after losing their other sprinter Christophe Laporte to Jumbo-Visma.

Astana are also set to sign Vincenzo Nibali from Trek-Segafredo, while the team have been heavily linked with Gianni Moscon, currently at Ineos.

The Kazakhstani team are set to undergo a considerable overhaul in 2022 due to the departure of Premier Tech as co-sponsor and the return of Vinokourov to the role of team principal. Aleksandr Vlasov, fourth at the Giro d’Italia, has already confirmed that he will ride for Bora-Hansgrohe in 2022, while it is unclear if Jakob Fuglsang will remain at the team.

Vinokourov was set to travel to the Vuelta a España on Monday and he confirmed to La Gazzetta that he was again taking over the reins of the team, which grew from the ashes of Liberty Seguros in the aftermath of Operación Puerto in 2006.

“It took time to get the power of attorney from the Kazakhs, I need to sign. But there are no problems,” Vinokourov said. “Nibali is happy to be back riding where he won some good races. And we could also close the deal with Viviani soon, I think this week.

“I asked his manager [Giovanni] Lombardi if he was free and then I sent him a proposal for a two-year contract. Viviani is a great sprinter, he showed that at the Olympics. I spoke to him and he showed great interest, I think he needs a good team environment. He can do well here with us.”

Viviani had a difficult debut season with Cofidis last year when he failed to chalk up a single victory.

The Italian has won on five occasions in 2021, most recently when he claimed a brace of stage wins at the Tour Poitou-Charentes last week. He also claimed bronze in the Omnium at the Tokyo Olympics.

Erin Andrews Tips To Stay Fit With A Busy Schedule