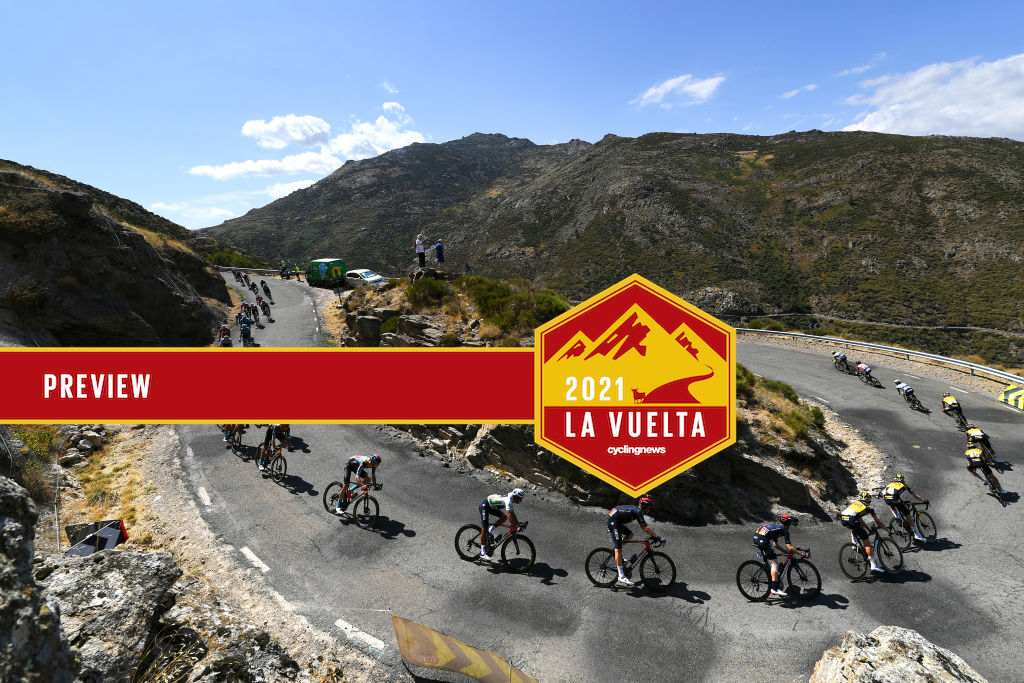 The curtain goes up today (Wednesday) on the Vuelta a España’s time-honoured trek across the mountains of Asturias, in the shape of two crucial climbing stages set to decide much of the overall outcome of the 2021 race.

Set deep in the Picos de Europa mountain region in northern Spain, and like the wild wolves that have famously roamed across much of the area for centuries, the stage 17 summit finish of the Lagos de Covadonga has developed a well-earned reputation for being a tough, somewhat unpredictable, beast to tackle, with a fierce bite if approached too confidently.

First used in 1983 and tackled 21 times since then, Lagos de Covadonga quickly became known as the most emblematic climb of the Vuelta a España and for more than a decade was often described as Spain’s toughest single ascent.

The fearsome legend which surrounded the Lagos de Covadonga climb was partly thanks to a figure of the stature of 1983 overall Vuelta winner Bernard Hinault comparing it to Alpe d’Huez. Indeed such was its difficulty that rather like cycling’s urban myth surrounding the Alpe, it is regularly claimed that whoever is in the Vuelta’s lead at the summit of Lagos de Covadonga will also be in the lead at the Vuelta finish in Madrid.

Lagos de Covadonga’s status in the Vuelta is not just about who wins the race outright, in any case. In 1983, it also represented a landmark in the Vuelta’s history as an entity. That was because after years of declining prestige and steadily weakening financial resources, that April’s ascent of Lagos de Covadonga was the first time the Vuelta had its whole last hour broadcast live on TV, both in Spain and abroad. This vastly widened media exposure is generally seen when the Vuelta, having touched bottom in the late 1970s, began its long climb back up to the level of international recognition it enjoys today.

The Lagos de Covadonga is not just attractive from a cycling history point of view, either: it is well-known for being an area of outstanding natural beauty.

The twin lakes [lagos in Spanish, hence the name] at Covadonga’s summit, Enol and Encina, have long been a popular tourist attraction, to the point that private cars are all but banned from tackling the ascent. At the foot of Covadonga, too, there is an important pilgrimage site and basilica church in commemoration of the battle fought there in 718 AD, which is viewed as the starting point of the reconquista [reconquest] of Spain.

Lagos de Covadonga lost its unofficial status as Spain’s hardest climb in 1999 when the even more demanding road up the nearby Angliru was tarmacked and then quickly introduced into the Vuelta route. But even if it lacks the side-of-a-house steepness of the Angliru, Lagos Covadonga remains  difficult enough to all but ensure a GC battle develops on its slopes.

Well-tarmacked throughout and never excessively narrow,  Lagos’ 14 kilometres  nonetheless have three really tough segments. First off is the Mirador de los Canonigos which comes after three kilometres and although not really steep, this is the first time the road really starts to climb, with gradients of 10 per cent. Then there’s the Huesera [which translates somewhat ominously as the bonesetter]  the hardest part of the climb with gradients of around 15 per cent and even 20 per cent, for about 800 metres. That’s roughly half way up.

Finally, there is the Mirador de la Reina segment. This is almost equally hard as the Huesera, and comes just before the climb’s final three rollercoaster kilometres of flat and descent, leading to the last little kick up to the finish.

What makes Covadonga so challenging then, is not so much its gradients in themselves as the climb’s changes in degrees of difficulty. Some segments of the climb rear skywards, others ease back to being virtually flat or briefly head downhill. Unlike more brutally hard ascents like the Angliru where the strategy boils down to hitting as low a gear as possible and praying you’ll get up it without cracking, Lagos de Covadonga’s near constant changes of pace make it very tricky to calculate your effort, even if you know the club well.

That could explain why on seven of the ten last occasions that Covadonga has been tackled, the leader of the race at its summit has – just as the urban legend has it –  also gone on to be the outright winner in Madrid. Three years ago, Simon Yates was in red at Covadonga and went on to win and in 2016, with Nairo Quintana (also the stage winner), 2014 with Alberto Contador and 2010 with Vincenzo Nibali, that was also the case. The only exception was Joaquim Rodriguez in 2012, leading the Vuelta at Covadonga but then ambushed in dramatic fashion by Contador at Fuente De a few days later.

However, although Covadonga have proved impressively accurate at providing indicators as to the outright winner in the past, curiously enough the  gaps between the favourites at the top have always been minimal. And in the last few years they’ve been dropping even more.

On the third week stage of the 2018 Vuelta, for example there was just five seconds between Yates and and the slowest of his main challengers, Nairo Quintana. In 2016, Quintana’s advantage on Chris Froome, his most serious rival for la roja, was a scant 26 seconds. In 2014, the three top names of Alejandro Valverde, Froome and Contador were separated by 12 seconds. Compare that to 1987, and even the biggest gap of all, when Lucho Herrera, one of three double winners on the climb, had 1:26 on Vicente Belda, isn’t that huge. But even if the gaps are small, whoever comes out on top always seems to be on top at the end of the race, too.

So with that in mind, underestimating this climb is clearly a risk not worth taking. This year in particular, the Vuelta organisers seem determined to make the Covadonga stage as challenging as possible, preceding it not one but two ascents of an unprecedented new climb, the Collada Llomena. Starting in a deep canyon in the Beyos pass, Collada Lomena is only 7.6 kilometres long. But averaging nine per cent and with segments of up to 14 per cent, it cannot be taken lightly.

There’s also the weather. Rain is forecast for the first time in this race on Tuesday and as if to make up for its absence in the last two and a half weeks, it’s set to be very heavy.

Exactly how the riders will tackle the Covadonga this year is by no means certain. Climbers and GC races may wish to conserve their strength for the Gaimoniteiru on Thursday, in contrast to Covadonga, a previously untackled ascent which in terms of steepness apparently has more in common with the Angliru than Covadonga.

Whether someone goes for a loco move or not, Movistar are keenly aware that if they want to sink Roglič, they are running out of chances. And both Jack Haig (Bahrain Victorious) and Adam Yates (ineos Grenadiers), one of the few GC challengers on the attack last weekend, could well find the Covadonga is to their liking. On top of which, just like Alpe d’Huez in France or the Zoncolan in Italy, in terms of prestige, taking a win at Covadonga, even if it’s only by a few seconds, is enough of a prize in itself to be worth trying to achieve.

This Math Teacher Is Going Viral for Her Epic Math Raps