Amanda Spratt dials up sprinting a notch ahead of Australian Championships 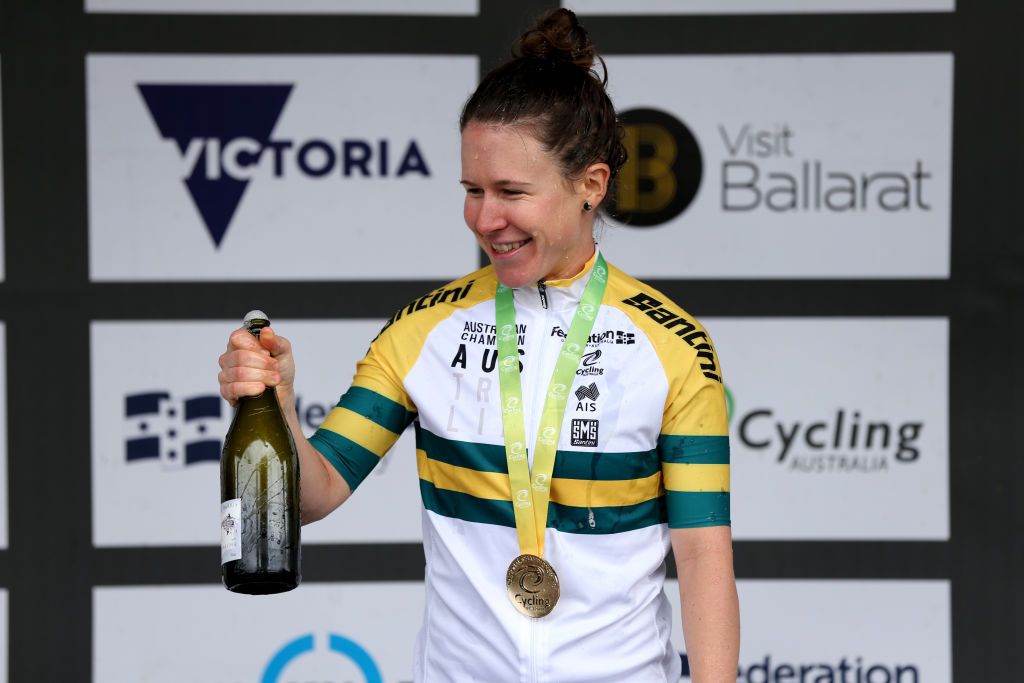 If the AusCycling Road National Championships women’s elite/U23 road race comes down to a small group sprint on Sunday, and it often does, Amanda Spratt (Trek-Segafredo) plans to be ready.

The Australian rider has already swept up the title three times, the last in 2020, before that in 2016 and for the first time in 2012. It’s a four year cycle Spratt is hoping to break on Sunday when she lines up in Buninyong again after a two year absence.

“It would be amazing (to win again), but apparently it only happens on Olympic years – I’d be happy to prove that theory wrong and take the jersey,” Spratt said when Cyclingnews spoke to her via phone just before the start of the season. “I definitely know that I’ll be in good form there and it’s definitely something I’d love to win but, obviously, the tactics and numbers will come into it.”

Switching to Trek-Segafredo in 2023 after having spent her entire professional career with the GreenEDGE squad – this year known as Jayco AlUla – means the 35 year old will be lining up under entirely different circumstances this year .

“GreenEDGE will have seven riders and a strong team. It’s gonna be quite strange to be on the other side of that,” said Spratt of Australia’s only Women’s WorldTour team. “Normally, I’ve always been in the team that everyone’s looking at. So I think that will be a bit strange, but I think we’ll have a strong team there I know I’ll have good form there and [the national title] is something that I’d love to be able to win.”

Many would, but the question is how to do it?

On Spratt’s side is that even though she only has two teammates, they are two extremely valuable ones in Lauretta Hanson – who stood on the Nationals podium in 2021 – and Brodie Chapman. Then there is also her experience and the climbing talent she can put into good use on Mount Buninyong Road – which she may wish was longer and steeper but at least the climb repeated nine times in the 104.4km race.

One thing, however, that may have had a question mark next to it at the very start of the year is Spratt’s sprint speed to finish off the race if she comes to the line among a select group. At the Citroën Bay Crits Spratt seemed to put any doubts on that front to rest when she tore toward the line on stage 1, getting close to catching the speedy Ruby Roseman-Gannon (Jayco AlUla) who just held on to take victory.

“I think I was as equally as shocked as everyone else but I do know after a harder race that I can have a good sprint and I think coming back from my surgery (for iliac artery endofibrosis) in the last year that is something that I really didn’t get a lot back of during the season, that sort of punch,” said Spratt when Cyclingnews spoke to her about that sprint on the sidelines of the Bay Crits. “In preparation for the races in the last couple of weeks I was doing a bit more sprint work and it was a perfect time to try it out.”

On Sunday as she chases a fourth national title she could well have another.

“These days you really have to be able to do most things and we have seen with the calibre of Australian women’s cycling, it is so strong at the moment and you have to be able to sprint in that scenario, from a small group,” said Spratt as she looked ahead to Sunday morning’s National Championships road race.

“Feasibly, it could be a group of four or five riders coming to the finish so I want to give myself every chance.”

Bodybuilding.com Podcast | A Sit Down with Shaq