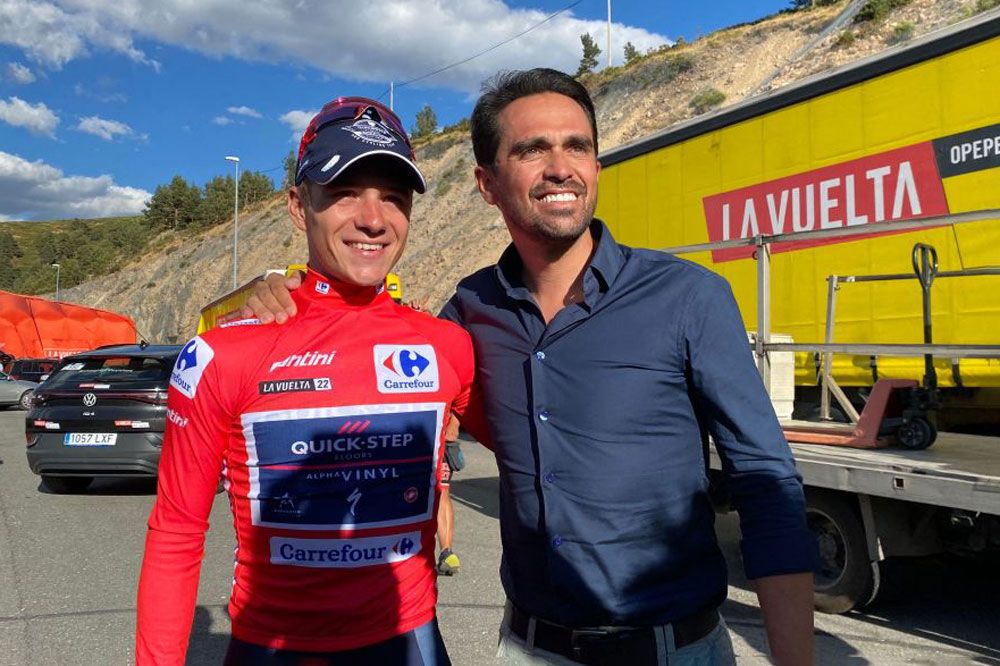 Alberto Contador announced via Instagram earlier this week he is taking some time off from his duties in the cycling community to recover from surgery. The retired “El Pistolero” had more than 100 fatty lipomas removed on Dec. 21.

Lipomas are fatty tumors, usually non-cancerous, that develop between the skin and muscles. Their removal can be done under local anaesthetic injections, and each lipoma removal can take between 20-45 minutes. The recovery process can take up to three to four weeks to completely heal.

“Yesterday it was time to go to the repair shop,” the retired Spanish grand tour legend wrote in his Instagram caption. “I needed to get some lipomas removed and it turned out I had over 100! I won’t be riding for a while.”

Contador, who sat in front of an AURUM bike, a brand he owns and co-founded with fellow retired cyclist Ivan Basso, explained in Spanish why he was completely wrapped in bandages from his chest down to his legs.

“This is the bicycle that I’m going to use next month,” Contador said, pointing at his AURUM Magma road bike and then gesturing to his bandages. “These are the lipomas I’ve had for some time. I’m taking advantage of December and January to get these operated on. I’ve got more than 100 at this point. Ouch. But anyway, when I come back, I’ll be like a bullet…”

Today, Contador posted on Instagram about a BKOOL Christmas fan giveaway opportunity. He again lifted his shirt to show the large bandage wrap had been removed and replaced with smaller bandages and mentioned he was getting better.

After his retirement in 2017, Contador remains active in the cycling industry as the UCI Pro Team Eolo-Kometa general manager and founder alongside Ivan Basso. The 40-year-old also provides race commentary for Spanish Eurosport.

Ms. Olympia Andrea Shaw Opens Up About Her Personal Life