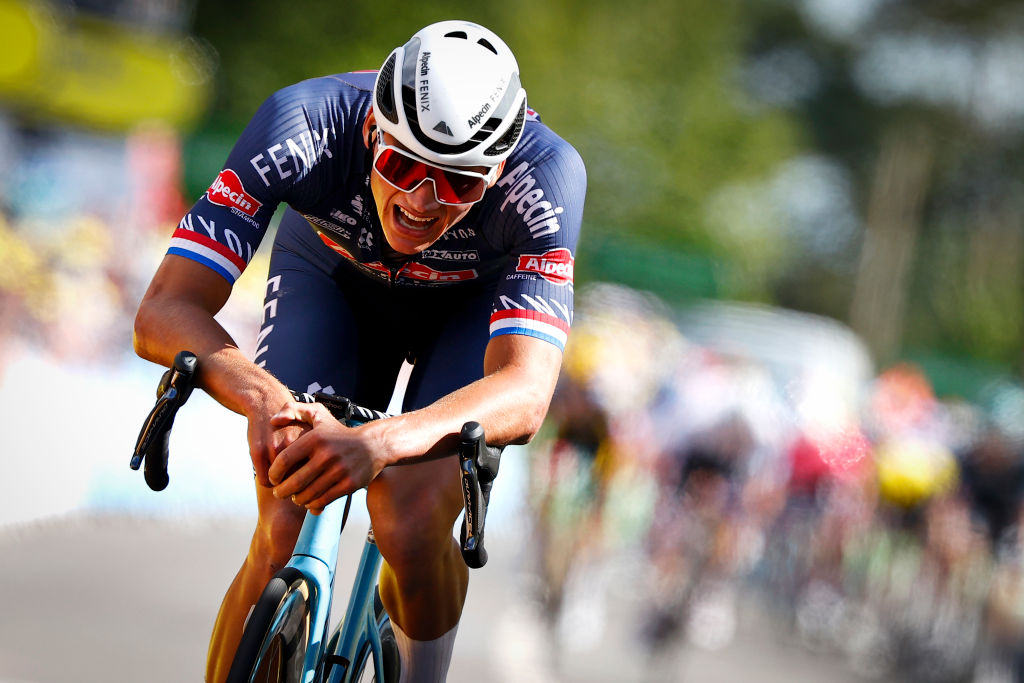 Adrie van der Poel has advised his son Mathieu against rushing back from injury, referencing Thibaut Pinot’s long-running back problems as a warning sign.

Mathieu Van der Poel has been struggling with a back problem, forcing him to cut short a recent training camp in Livigno and pull out of this weekend’s Mountain Bike World Championships.

He is still scheduled to start the Benelux Tour on August 30 with Alpecin-Fenix but there are major doubts surrounding the rest of his season, the main targets being the World Championships road race at the end of September and Paris-Roubaix in early October.

Reports in Het Laatste Nieuws have revealed the issue dates well beyond his crash at the Olympic Games, and back to May, when he switched to mountain biking after his spring campaign on the road. The change in riding positions is thought to have triggered the muscle strains in his lower back.

“This is an injury that takes time. It has gradually crept in, and you can’t expect it to be gone in two weeks. Mathieu now faces an obstacle in his career. That has to be solved and it will be,” Adrie van der Poel told Het Laatste Nieuws.

“We don’t know exactly where it comes from. That’s the way it is. When there is success, those minor ailments are quickly forgotten, but the real cause does not go away.”

Van der Poel’s father went on to reference Pinot, who suffered a back injury at the 2020 Tour de France and at first tried to struggle through it, and then tried to rehabilitate too quickly. He recently returned to racing after a four-month absence that included the Tour de France.

“Yesterday I read a story about the French cyclist Thibaut Pinot. He also struggled for a long time with his back,” Adrie said. “Pinot has been out for four months; he seems to have been relieved of the problem now.”

Mathieu van der Poel is reportedly able to ride for long periods but struggles when training at full intensity. Having eased off recently, he will have to hope for signs of improvement in the coming days, with the Benelux Tour due to start on Monday.

There is more time before the Worlds and Paris-Roubaix, but his father is keen for his son not to participate in those races if he’s below his best, especially with the cyclo-cross season coming up in the winter.

“It makes no sense to go to Worlds and Paris-Roubaix at half strength, against your better judgement. If you’re not 100 per cent, then just don’t go there,” Adrie van der Poel said.

“It won’t work, especially when you see what the riders of the autumn are doing now. [Kasper] Asgreen and [Julian] Alaphilippe are now also joining them. Those are potential winners. Then, being Mathieu, you’d just limp behind.

“In that case it’s better to train a bit and ride a whole ‘cross season. He knows his own body well enough. I am convinced, if it doesn’t improve, he will stop completely and start again in a month.”

Start Training Like IFBB Pros With The A&W App

What I’ve read lately – The Fitnessista