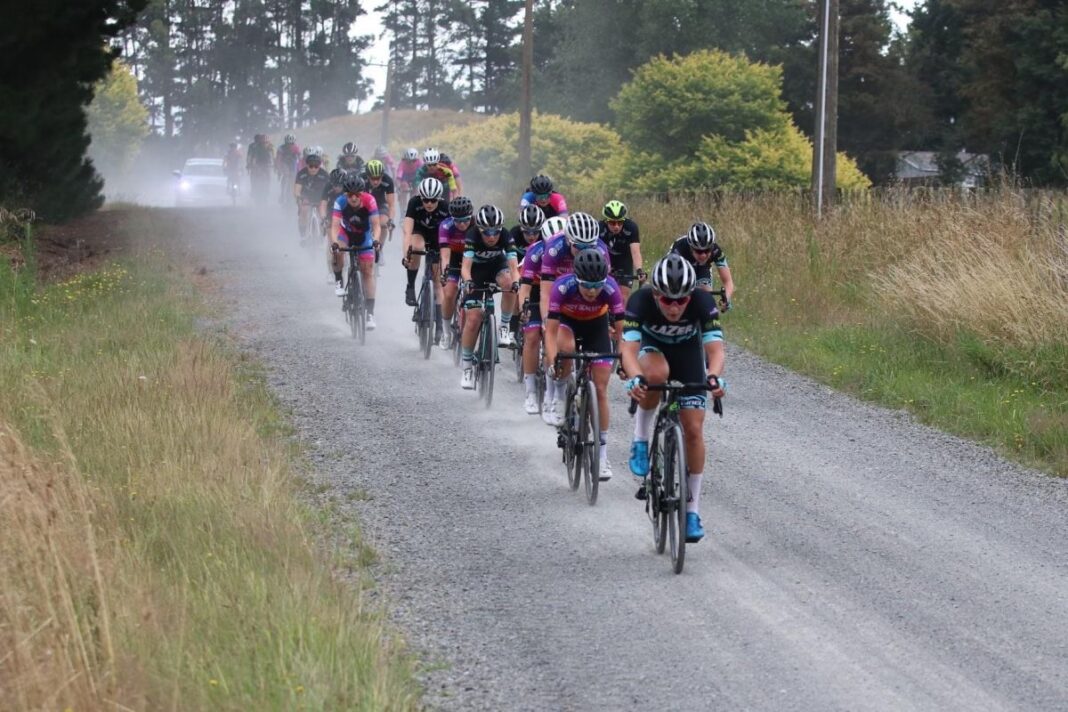 Cycling has a habit of reinventing itself in its own image and in their efforts to find the best wheel size for gravel bikes manufacturers have dug back into the past to find inspiration for their innovation.

Exploring the many shades of grey between mountain bikes and road bikes threw up a trend from many of the best gravel bikes for offering the option of two wheelset sizes – 650b or 700c – for the same frameset at the point of purchase, as seen in the Pinarello Grevil 9 or Specialized Diverge. Bikes such as the Polygon Bend R5 or Merida Silex+ 8000-E even come with the smaller size as the default spec.

The central principle behind this approach is that, without significant departure from established – and, crucially, popular – road frame geometry, a much thicker tyre can be fitted on the smaller rim resulting in the same effective wheel size. So, for example, a 650b wheel with a 47mm tyre would have a similar total diameter as a 700c with a 28mm tyre. This massively broadens the range and, the manufacturers hope, appeal of the bike.

Where did 650b wheels come from?

Rather than a completely new innovation, the 650b is a blast from the past, having been a traditional French standard wheel size for a touring discipline known as randonneuring that had largely fallen into obscurity by the 1980s.

And this is not the first time it has been resurrected. Over the past decade or so it has been introduced into mountain biking as a half-way house between the previously standard 26-inch rims and the new-kid-on-the-block 29ers. As is the way with mountain biking nomenclature, at least in the UK, the imperial measurement is used, so it became known as a 27.5-inch wheel.

So the first thing to realise is that 650b and 27.5-inch are the same thing and, for comparison, so are 29er and 700c. The ‘b’ in the name is also a little confusing as it denotes the width of the rim – but the 650b are wider rims than the 700c, hence their suitability for bigger tyres in both mountain bikes and gravel bikes.

The ability to put bigger tyres, with bigger treads on 650b wheels will give riders more grip on unstable road surfaces and increased dampening to soak up the bumps lumps that come their way. A crucial part of this is being able to run the tyres at a lower pressure, which helps to improve their traction with the ground.

The smaller rims will also give gravel riders the option to downsize. Choosing a tyre that gives a slightly smaller overall diameter will sharpen the steering and offer up a more responsive ride experience, especially on terrain with short, sharp rises in gradient or tight cornering.

In this scenario, it will have the effect of lowering the height of the bike so may appeal to shorter riders and, in fact, more and more bikes – gravel included – now come with a 650b wheelset as standard on their smaller sizes, manufacturers quite rightly recognising that a one-wheel-size-fits-all approach is unsatisfactory.

Another argument for the smaller rims is the weight advantage. Simply by being smaller and using less material, the 650b wheelset will weigh less than an equivalent 700c wheelset. Many of the best gravel wheelsets, though fewer now than a few years ago, are offered in both sizes to allow riders to choose their own adventure.

With all those great reasons to choose 650b tyres on gravel, why would you choose to stick with those tired old 700c roadies?

Well, unfortunately, it’s not quite as simple as all that.

The main counter-argument to 650b is that old chestnut of rolling resistance. If you have ever tried riding a mountain bike with lovely big tyres for eating up the mud and grime on smooth, flat tarmac for any amount of time you’ll know how much of a grind it can be. Fitting a tyre with thick tread and running it at a lower pressure will enlarge the contact area with the ground and increase rolling resistance, which is essentially the energy lost from the compression and relaxation of the part of tyre that touches ground. Add into the mix that a knobbly tyre with deep tread will deform more in this situation and, in a nutshell, it will slow you down.

And, for the same reason that 29ers became popular in mountain-biking, the bigger 700c rim will roll over better than the 650b if both are using the same size of tyre.

There is an argument for aerodynamics as well, with the thicker tyres creating more drag, a factor that comes into greater affect the faster you go. However the fact that an aero-focused bike such as the Pinarello Grevil 9 is available with 650b wheels does fly in the face of that logic somewhat.

And while there is potential for more tyre options with the smaller rim, in practical terms the simple fact that the size is less popular means there aren’t as many options out there – with some of the best gravel tyres not available in the smaller size. Downsizing too much on tyre size will also begin to affect the carefully considered geometries of the bike frame.

In fact, there is already an indication that gravel bikes’ dalliance with 650b might be coming to an end.

When Cannondale released the dual-suspension Topstone Lefty in the summer of 2020, it was fitted with 650b rims and 47mm tyres, following on from its predecessor the Slate. But the most recent versions of the Topstone Lefty have 700c x 44 as standard, only losing out on 3mm of tyre thickness. Frame designers are getting better at accommodating wider tyres on 700c wheels and BMC’s 2022 version of the URS One has clearance for up to 45mm on 700c rims.

So while the whims of the bike-building world cannot always be predicted, choosing a bike designed solely for 650b tyres might not be the best option for future-proofing – although, the vast majority we have seen that take the smaller rims can also take 700c. Given gravel bikes are almost exclusively fitted with disc brakes, there is nothing to stop you having both options to call upon in the bike shed – a 650b wheelset with gnarly tyres for the rough stuff and a 700b wheelset with more tarmac-friendly treads.

Still no clearer? Well, that’s because – like seemingly all things bike – there is no right or wrong answer. Essentially, deciding which is the best wheels size for gravel tyres is going to be influenced by what type of riding you will be doing with them.

Gravel bikes originated in the USA on – you guessed it – gravel roads, but for most riders it’s unlikely that is the only terrain you’ll be using it on.

The gravel tag is put on bikes across quite a broad spectrum, from slightly thicker-tyred road bikes at one end to, arguably, drop-bar mountain bikes at the other. Their main draw is the versatility they offer, giving riders the ability to stray off the tarmac and deeper into the countryside.

This picture will look very different to different cyclists – for many, the reality will be spending the majority of time riding on tarmac, only diverting off onto badly maintained roads every now and again. If that is the case, the rolling resistance factor is heightened – on that tarmac, 700c tyres are going to be faster than 650b in most cases. Shimano, for example, says 700c is the wheel of choice for its top gravel racers focused on speed and efficiency.

But if you intend to push your gravel bike to its extremes, straying and staying on tracks and trails where the ground is constantly shifting beneath your wheels, you are going to benefit from the increased grip and traction that comes with the bigger treads and lower pressures.

A key difference between gravel bikes and cyclocross bikes is that they are often less race orientated, geared towards adventure and exploration. So if fun is a motivation ahead of pure speed, the 650b opens up the potential for a nimbler, more playful ride.

On this note, comfort and control should not be overlooked. The increased contact area with the ground that results from thicker tyres at lower pressures is usually associated with rolling resistance – and the detriment to speed – but a less-talked-about factor it also affects is pneumatic trail, which governs the stability and handling of the bike.

When steel-frame specialist Fairlight designed its gravel-oriented Secan and Faran models, pneumatic trail was a key consideration. Both bikes come with the option of 650b or 700c wheelsets and Fairlight uses the example that a 650 x 47mm tyre would feel more stable than a 700 x 28mm tyre if both were used on the same frame, each at their recommended pressures.

Interestingly, among the Faran’s list of intended uses is randonneuring – the French touring discipline that first popularised the 650b size – perhaps proving the wheel has, in fact, come full circle after all.

This New Oracle Deck Combines the Magic of Astrology + Herbalism

Celebrities Who Died in 2022

The 5 MOST IMPORTANT Exercises for Runners | Episode 40