History Facts for Kids That Will Shock and Amaze Students 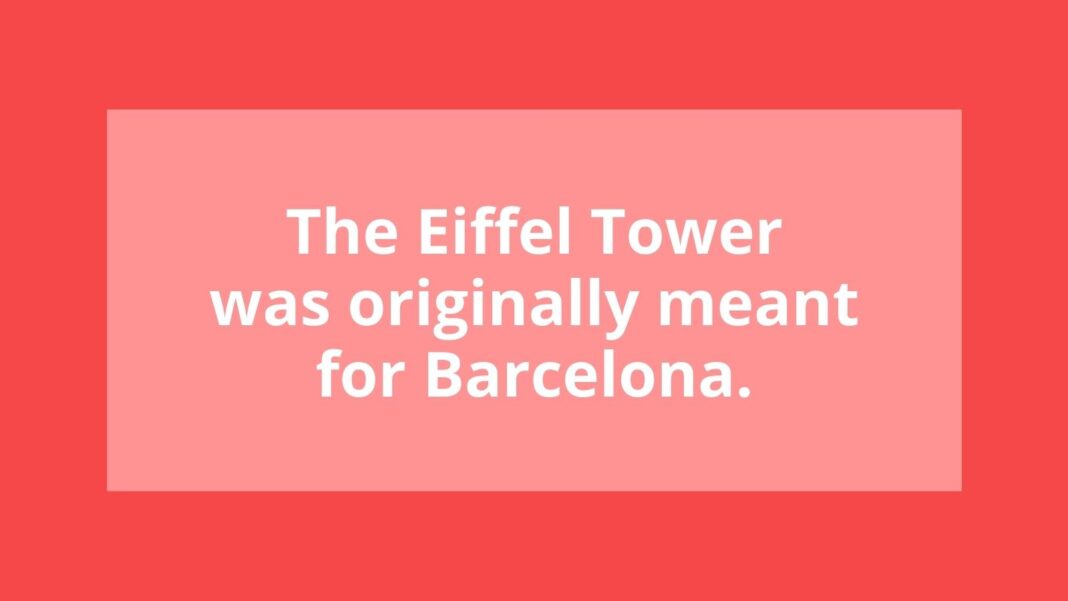 Our world is full of amazing stories just waiting to be shared and discovered. Researchers, historians, and archaeologists have given us so much information about our collective past, and many times what we learn is simply mind-blowing! Here’s a list of surprising history facts for kids that you can share in your classroom. Some of these are absolutely incredible!

(Just a heads up, WeAreTeachers may collect a share of sales from the links on this page. We only recommend items our team loves!)

1. Ketchup was once sold as a medicine.

In the 1830s, it was believed that the condiment could cure almost anything including indigestion, diarrhea, and even jaundice. Here’s a quick video about it!

2. Ice pops were accidentally invented by a kid!

In 1905, when 11-year-old Frank Epperson left water and soda powder outside overnight, the wooden stirrer was still in the cup. When he discovered that the mixture had frozen, the Epsicle was born! Years later, the name was changed to Popsicle. Here’s a read-aloud video of the book The Boy Who Invented the Popsicle.

3. Tug-of-war was once an Olympic sport.

Many of us have played tug-of-war, but did you know it was an event at the Olympics from 1900 to 1920? It’s a separate sport now, but it used to be included in the track-and-field athletics program!

4. Iceland has the world’s oldest parliament.

Established in AD 930, the Althing continues to serve as the acting parliament of the small Scandinavian island country.

In the 1840s, instead of saying “Cheese!” people used to say “Prunes!” when having their pictures taken. This was to intentionally keep mouths taut in photographs since big smiles were seen as childish.

6. Dunce caps used to be signs of intelligence.

It was believed that a pointed cap could be used to spread knowledge from the tip of the brain—at least that’s what 13th-century philosopher John Duns Scotus thought! About 200 years later, though, they became something of a joke and were used for the exact opposite reason!

7. A horse became a Senator in Ancient Rome.

When Gaius Julius Caesar Germanicus became the emperor of Rome at just 24 years old, he made his horse a Senator. Unfortunately, he will be remembered as one of the city’s worst rulers. Here’s an interesting video about Incitatus, the famous horse himself!

8. Buzz Aldrin was the first to pee on the moon.

When Astronaut Edwin “Buzz” became the first man to walk on the moon in 1969, the urine collection sheath in his spacesuit broke, leaving him no choice but to pee in his pants. We’ve come a long way since then. Here’s a video about today’s space toilets on shuttles!

9. More than 75 million Europeans were killed by rats in the Middle Ages.

The Black Death, which wiped out over one-third of Europe’s population, was actually spread by rats.

10. The 3 Musketeers candy bar was named for its flavors.

When the original 3 Musketeers candy bar first hit the market in the 1930s, it came in a three-pack featuring different flavors: vanilla, chocolate, and strawberry. They had to cut down to one flavor, however, when World War II made rations too expensive.

Approximately 500 years before Christopher Columbus, the Scandinavian explorer Thorvald, brother of Leif Erikson and son of Erik the Red, died in battle in modern-day Newfoundland.

At only 14 miles long, Easter Island (or Rapa Nui as it’s also called) is covered in hundreds and hundreds of giant volcanic rock statues called Moai. Unbelievably, each one of these statues weighs an average of 28,000 pounds!

13. Two presidents died within hours of each other.

Here’s one of the most intriguing and shocking history facts for kids! On the 50th anniversary of the Declaration of Independence, two of its central figures, John Adams and Thomas Jefferson (who were close friends), died only hours apart.

14. The sinking of the Titanic was predicted.

Who could have predicted the sinking of the Titanic? It turns out that author Morgan Robertson may have! In 1898, he published the novella The Wreck of the Titan in which a massive British ocean liner, with a lack of lifeboats on board, hits an iceberg and sinks in the North Atlantic ocean. Wow!

Ever hear of functional fashion? Abraham Lincoln may have been a pioneer of it! The president’s top hat was more than an accessory—he used it to keep important notes and papers. It’s been said that he even wore the hat on the night of April 14, 1865, when he went to Ford’s Theatre.

16. The Eiffel Tower was originally meant for Barcelona.

The Eiffel Tower looks right at home in Paris and is the most popular tourist attraction in the French city—but it wasn’t supposed to be there! When Gustav Eiffel presented his design to Barcelona, they thought it was too ugly. So, he pitched it as a temporary landmark for the 1889 International Exposition in Paris and it’s been there ever since. Unfortunately, many of the French don’t like it much either!

17. Napoleon Bonaparte was attacked by a horde of bunnies.

He may have been a famous conqueror, but Napoleon may have met his match during a rabbit hunt gone wrong. At his request, the rabbits were released from their cages and instead of fleeing, they went straight at Bonaparte and his men!

18. The University of Oxford is older than the Aztec Empire.

All the way back in 1096, the University of Oxford welcomed students for the first time. For contrast, the city of Tenochtitlán at Lake Texcoco, which is associated with the origins of the Aztec Empire, was founded in 1325.

19. The Leaning Tower of Pisa never stood up straight.

The Leaning Tower of Pisa is famous for leaning more than 4 degrees to the side. Many have assumed that the landmark gradually moved over time but the truth is that it shifted during construction after the third floor was added. No one could figure out why so they left it as is, but scientists believe it’s because it was built on soft clay. Here’s a video about why it won’t fall.

20. Before toilet paper was invented, Americans used to use corn cobs.

Sometimes the history facts for kids we find are … kind of gross. We take our modern bathrooms for granted, clearly, since we could be using corn cobs or periodicals like the Farmers Almanac, instead of the quilted toilet paper we underappreciate!

21. “Albert Einstein” is an anagram for “ten elite brains.”

When you think about it, it’s pretty fitting!

22. There were female Gladiators in Ancient Rome!

While they were extremely rare, there were female gladiators who were called Gladiatrix or Gladiatrices. Talk about girl power!

While we celebrate New Year’s Day on January 1, the Ancient Egyptian tradition was different every year. Meaning “the opener of the year,” Wepet Renpet was a way to mark the annual flooding of the Nile River, which usually happened sometime in July. The Egyptians tracked Sirius, the brightest star in the sky, to time their festivities.

24. The Empire State Building has its own zip code.

The landmark is so massive that it deserves its own postal designation—it’s the exclusive home of the 10118 zip code!

25. The Statue of Liberty used to be a lighthouse.

For 16 years, the majestic statue served as a working lighthouse. Lady Liberty was perfect for the job too—her torch is visible for 24 miles! Watch this video about more of the Statue of Liberty’s secrets!

26. The last letter added to the alphabet was actually “J.”

The letters of the alphabet were not added in the order you might assume based on the song we learned as kids. Rather than “Z,” it was actually “J” that joined the alphabet last!

What are your favorite history facts for kids? Share in the comments below!

Never Have I Ever Season 3 Details