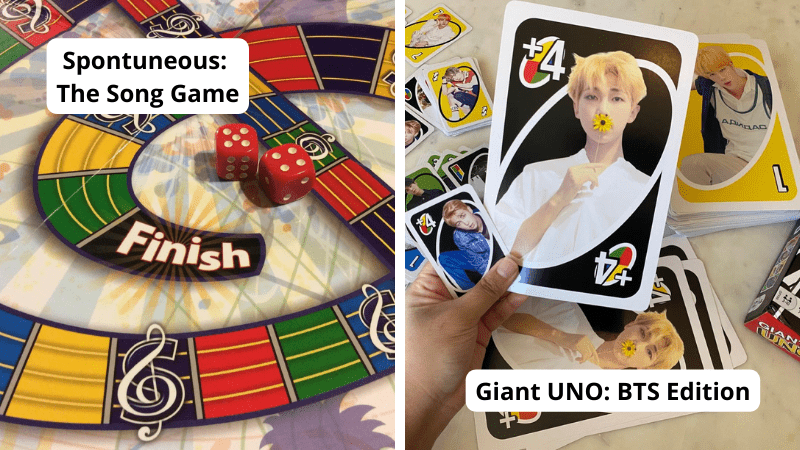 There was a time when board games were a household staple. Families would gather and play together before smartphones and video games dominated our attention. They may never be that popular again, but they are still just as valuable. We’ve put together this list of board games for teens that help them build valuable tools such as critical thinking, strategy, cooperation, and social skills.

Learn to build, trade, and settle with this acclaimed board game that teaches kids about using resources and protecting assets while managing settlements and cities.

Buy it: Catan on Amazon

Lighthearted and fun, you don’t need serious art skills for this drawing game. Simple stick figures will be more than enough to keep kids laughing and guessing for hours.

Buy it: Telestrations on Amazon

Kids bored out of their minds? This wacky card game, which can be played in as little as five minutes or as long as five hours, promises to have the cure!

Buy it: Not Parent Approved on Amazon

In this highly entertaining and suspenseful game, players draw cards. If they draw an exploding kitten, they are out of the game unless they have a game-changing diffuse card.

Buy it: Exploding Kittens on Amazon

The goal of Unstable Unicorns is simple: Build an army of unicorns. The first player to collect seven unicorns wins, but it’s not that easy, as you’ll have to defeat those who are working to destroy you.

Buy it: Unstable Unicorns on Amazon

It’s definitely one of those classic board games for teens, so some might say it’s old-fashioned, but Scrabble is timeless. It gives kids an opportunity to work on vocabulary and spelling as well as strategy.

Buy it: Scrabble on Amazon

Read a card to set up a scenario and then all players choose one of their own punchline cards to respond. The funniest reaction gets the point!

Buy it: Relative Insanity on Amazon

Grab your friends and family for a fun game (it’s also educational, but don’t tell the kids) where players race against each other to build crossword grids. Truth be told, this game will drive you bananas!

Buy it: Bananagrams on Amazon

This version of the timeless board game actually encourages players to cheat and see how far they can go without getting caught!

Players have to get teammates to correctly say the Guess word without saying any of the forbidden words. It’s harder than it sounds, and if you make a mistake, you get the squeaker!

Buy it: Taboo on Amazon

For this fast-paced game, a card is read aloud and players must quickly write down two answers that they think other people will also write down. The results are hilarious!

Buy it: Double Ditto on Amazon

For this game, players pick a card and read the seemingly easy topic to the group. With the timer started, players only have five seconds to name three things that fit the topic. It’s tougher than it looks!

Buy it: 5 Second Rule on Amazon

Teams must guess words and phrases while tossing the timer between them before the time runs out. If you’re caught holding the timer, the opposing team gets a point!

Buy it: Catch Phrase on Amazon

Buy it: Ticket to Ride on Amazon

This game is a great one for music lovers! After being given just one word, players will have to think of a lyric with that word in it. Then, they’ve got to sing their answers!

Buy it: Spontuneous on Amazon

Players must take turns placing each of their 21 pieces on the board with one rule: The pieces must be the same color and only touch at the corners!

Buy it: Blokus on Amazon

We’re all on our smartphones all day every day, so why not put those skills to the test with this game that offers trivia and challenges that highlight how telephones have changed our world?

Buy it: Phone Phever on Amazon

Players place chips on spaces on the game board that correspond with a card from their hand. When they have five in a row, it’s a Sequence!

Buy it: Sequence on Amazon

Play as one of your favorites with this magically themed version of a classic game. Who better to solve the mystery of a disappearing student than Ron, Hermione, and Harry Potter?

It’s a card game … but it’s also dodgeball? This hilarious game by the creators of Exploding Kittens will have you matching cards and dodging burritos—at the same time!

What do you think are the best board games for teens? Come and share in our WeAreTeachers HELPLINE group on Facebook.

Plus, check out our favorite board games for preschoolers.

How to Make Your Staycation Feel Like a Getaway