12 Books to Build a Christian Worldview 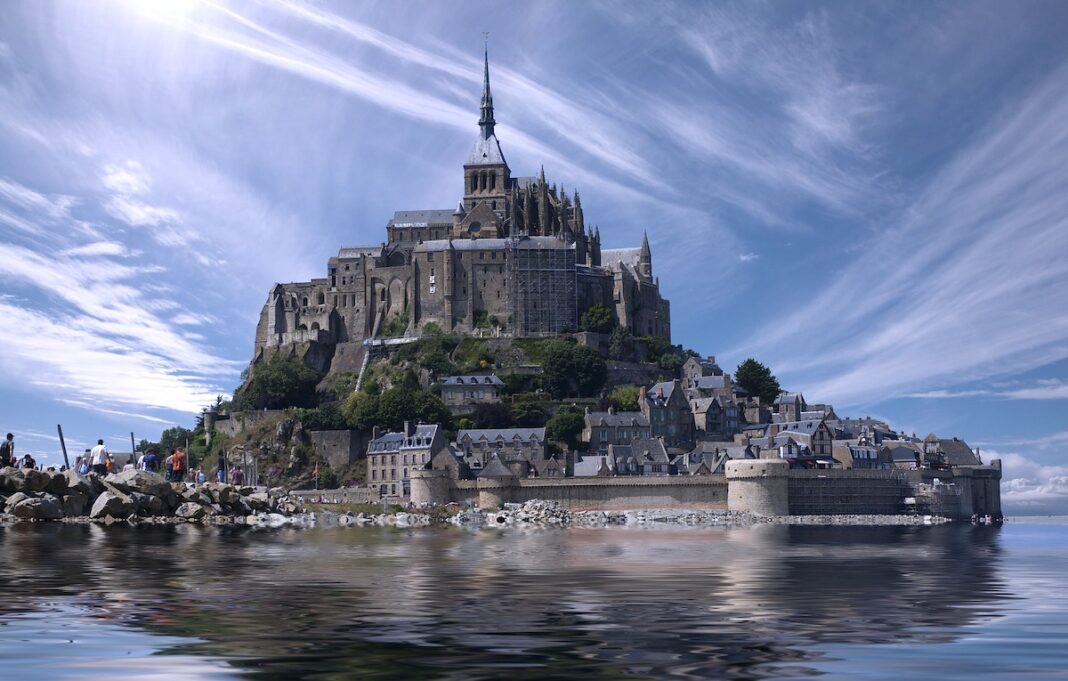 I first started thinking about Christian worldview when I was in high school. That’s probably where a lot of kids start thinking about it. Although some of the specific cultural situations I dealt with in the late 1980’s have changed, the foundational issues are the same.

What are those issues? Relativism, the role of science, the nature of man, sexuality, the authority of the Bible, statism vs liberty, Marxism, and many others.  Current questions of ‘wokeness’, LGBTQ, critical race theory, and political totalitarianism are just the latest manifestations of old ideas.

In light of that, when I came to pull together a list of ten important books to help build a Christian worldview, I tried to choose those that have withstood the test of time. An older book enables us to look into our own world from a different time and place, often giving us better perspective.

None of these books are easy books. But I believe each of them will expand a student’s comprehension of the world around them. They are introductions to great Christian thinkers who faced their own troubling cultural issues, and yet saw how the Bible was the only solution to those issues.  It is still the only solution to our issues.

1. How Should We Then Live?

Francis Schaeffer spent over 40 years teaching students about a Christian worldview.  He understood that a worldview needed to be comprehensive, providing explanatory power on everything from art to philosophy to science. Although he wrote many books on worldview thinking, this single volume brings together much of thinking in once place as he tours Western history from the Roman era to the present. A great first book on worldview thinking. Available in our store.

Schaeffer also created a video series to accompany the book which we offer online in My Compass Classroom. You can watch the first two lessons for free.

Try 4 Free Lessons of How Should We Then Live?

2.  The Universe Next Door

James Sire was a college professor with a deep understanding of literature, philosophy, and theology. He distilled it into an easy-to-understand overview of different philosophical and theological views. Where Schaffer’s book follows a historical sequence, Sire’s book is topical and explores the ‘-isms’ of worldviews: theism, deism, naturalism, Marxism, postmodernism, and many more. On Amazon.

3. The Consequences of Ideas

Christian apologist and teacher RC Sproul loved philosophy. He spent much of his university time studying it and talking about it. He wrote both a book and video series to explain the essential ideas of Western philosophy. In the book’s introduction, he writes: “Philosophy forces us to think foundationally. By foundational I mean first principles or basic truths.” Sproul then applies those basic truths to the world around us. On Amazon.

We offer the video series that matches Sproul’s book in MyCompassClassroom.  You can watch the first lessons for free.

4. The Christian Mind: How Should a Christian Think?

Harry Blamires wrote this book to explore how the Christian mind had become secularized, and then what to do about it. He looks at what it means to have a supernatural approach to the world, an awareness of evil, a proper conception of Truth, and then how these things work out in terms of our views of authority, people, and the church. He takes a different approach than the books above, and shows the intersection between theology and thinking. On Amazon

In 1898, Abraham Kuyper (soon to be Prime Minister of the Netherlands) was asked to give a series of lecture at Princeton University. He was a world-renown theologian, philosopher, statesman, and genius. As a thought-system, Kuyper saw the ideas of Reformed Protestantism as one of the essential influences in the worldview of the West. The lectures are incredibly brilliant, covering religion, art, politics, science, and more. Download Free PDF | On Amazon

6. The Emergence of Liberty in the Modern World

Douglas Kelly took the ideas of Abraham Kuyper on politics and expanded them into a slim volume. It explores how the Reformation worldview influenced five governmental systems, from Geneva to the United States.  Although a historical survey, it shows how key aspects of politics are related to Christian thinking.  Liberty is under assault today, so it is important to understand how it is rooted in Christian thinking.  On Amazon

7. The Victory of Reason

Rodney Stark provides a fascinating look at how Christianity provided the intellectual foundations for modern technology, economics, politics, and many other areas often attributed to other sources. There is a strong desire for many to re-write history, removing the essential role of Christian thought. This book is important for correcting the dangerous ideas about our past being taught today. On Amazon

8. The Soul of Science

Ever since the 19th century there has been a desire to say modern science and Christian faith are at odds. It is yet another false view of history that must be addressed. This excellent survey of scientific thought by Nancy Pearcey and Charles Thaxton shows how Christian thinking provided the groundwork for Western science. It also provides an overview of all the areas of science that Christians need to be aware of. On Amazon

J. Gresham Machen was one of the most important Christian thinkers in the early 20th century. He early recognized that theological ‘liberalism’ (the theological position that rejects the Bible’s supernatural claims and authority) was a dangerous virus spreading through the church. His book sought to expose the problems in this view; unfortunately, it is still with us today in various forms. A brilliant examination of the problems of liberalism. Download Free PDF | On Amazon

10. A History of Western Philosophy and Theology

This is the magnum opus of philosopher and theologian John Frame. It is the single best summary of Western thought from a Christian worldview now available. The book takes a historical approach starting with the Greeks and going to the present, looking at both philosophers and theologians. Frame provides important Christian analysis of different ideas through history. As he sees it, doing philosophy is to take part in a form of spiritual warfare. He is exactly right. On Amazon

Although this was one of the most influential books I’ve ever read, it is not an easy book. What it does do is synthesize the thinking of various periods and show how certain ideas can be seen in conflict throughout all of history. It reveals the links between liberty and freedom, and philosophy and theology, clearly demonstrating how unbiblical views in the latter will destroy the former. Many of the issues we are currently dealing with in terms of culture, politics, the church, and economics are explored. It is extraordinarily erudite and insightful; it is a brilliant work of intellectual synthesis and analysis that I would highly recommend to the advanced student who wants to dig deeply the consequence of ideas. On Amazon

This is one of the only recent books included in this list. It has become something of a modern classic, primarily because it directly addresses the current issues of critical theory, cultural Marxism, intersectionality, and other contemporary ideologies that have taken captive so many non-Christians and Christians. Voddie Baucham has been writing and talking on these topics for decades, but with the seemingly sudden emergence of these ideas into the public sphere, he’s the right man for the time to address them. What he recognizes along with a few others is that these ideas were gestating for almost a century, slowly planting new seeds and growing trees that would bear the poison fruit to kill a generation. A must read to understand the times in which we live. On Amazon

You could start anywhere on this list and be well rewarded.  Although some of these books could be challenging to students, I think that’s ok.  I have learned much more by reading difficult books that I had to struggle through then reading books that were easy to understand.

If God gave us a good mind, then He expects us to use them in His service.  We must therefore prepare ourselves by studying some of the great minds who have gone before us. It is the best way to build a Christian worldview.

If you would like to learn more about our philosophy and worldview class, watch a brief introduction to it:

Looking for a philosophy curriculum?​